What is illicit traffic?

The illicit trafficking in cultural goods is, as other types of illicit traffics, a complex, vast and multifaceted issue. It can take different forms, involve multiple parties and serve diverse purposes, depending on the geographical, socio-economic and political context. The complexity of the issue makes it challenging to define and analyse, and the scientific production on the subject remains scarce. The limited knowledge made widely available on the current trends in illegal trafficking of art and antiquities is one of the obstacles in effectively countering this specific illegal trade.

What is a cultural good?

The Convention on the Means of Prohibiting and Preventing the Illicit Import, Export and Transfer of Ownership of Cultural Property (1970) already acknowledges the “cultural property” as a property which, on religious or secular grounds, is specifically designated by each State as being of importance for archaeology, prehistory, history, literature, art or science (Article 1).

The UNIDROIT Convention on Stolen or Illegally Exported Cultural Objects (1995) provides an analogous definition for “cultural object” in its Article 2, as follows: Cultural objects are those which, on religious or secular grounds, are of importance for archaeology, prehistory, history, literature, art or science.

Additionally, the two conventions list further categories of goods which can be considered as cultural. These are: rare collections and specimens of fauna, flora, objects of paleontological interest, property relating to history, products of archaeological excavations and discoveries, elements of artistic or historical monuments or archaeological sites, antiquities over 100 years old, objects of ethnological interest, property of artistic interest (pictures, paintings, drawings, sculptures, etc.), rare manuscripts, old books, documents, postage, stamps, archives (including sound, photography and cinematography), furniture dated from over a century ago and old musical instruments.

This explanation can be completed by further definitions given by other international legal instruments, such as "antiquity" or "archaeological object". 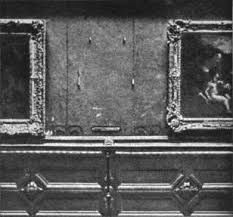 Vacant wall in the Salon Carré, Louvre Museum, after the theft of the Mona Lisa in August 1911. Photo: Wikipedia

Who can own cultural property?

What falls under “illicit” in the traffic of cultural goods?

Illicit traffic in cultural goods is distinct from other types of trafficking because of the existence of a legal market of cultural objects. Unlike other illegal goods being trafficked, the definition given to illicit trafficking in cultural goods does not depend on the nature of the good being trafficked, but rather on the nature of the ownership of the cultural object. The legality of the ownership thus marks the boundary between what are sometimes called “illicit” and “licit” cultural objects.

Though the specifics may vary depending on the provisions of national legislations, most of the existing cultural goods have a legal owner (or owners) with the rights to possess, use, and convey these goods. This rule also applies to unexcavated archaeological objects, which automatically belong to the owner of the underground area in which the archaeological site is located. In many if not most cases, in regards to national legislation, this would be the State.

Hundreds of international and national legal instruments protect the ownership of cultural property from theft, illicit export or illegal acquisition worldwide. Moreover, the mobility of cultural goods is regulated by a set of national and international practices, principles, professional standards and laws regarding the transfer of ownership of cultural property from one hand to another: purchase, assumption of mortgage debt, exchange, loans, donation or legacy. 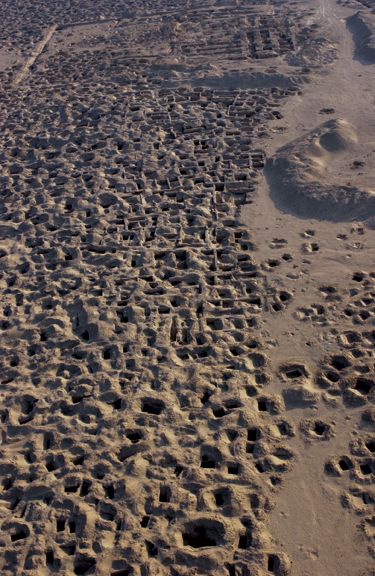